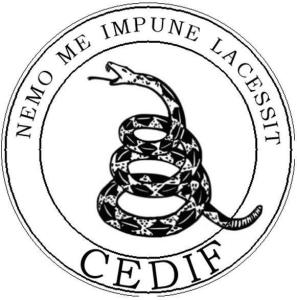 The french legislative arsenal claims to protect the family and to consider removal of a child as a last resort.

Yet 300,000 children are under “social-educational” measurements. For half of these children, this means placement in host families. More than seven billion euros are devoted annually without true controls by the local executives to the business of « endangered » children. Among them some are authentically maltreated children, but many others are victims of libelous interpretations by the child protection service. For both categories, the future is dark.

A school of the delinquency

The removal of the children from the parents benefits the foster care, where the law of the strongest reigns. As a result, the children often end up drifting towards crime, terrorism (Mérah, Nemmouche,the Kouachi brothers) or homeless (for 42% of them).

Children with no future

But beside the embezzlements, the educational failures, the violence in the children’s homes, the outgoing, cynical teachers, does the french child protection service (ASE) save any children? Certainly, but it condemned even more. The cases of Marina, Karine, Inaya, Nohan and Loans’ show that the ASE have left the very children they were supposed to protect to be slaughtered or raped, without reaction or being judged responsible.

The report is terrible, but it is explained by the operation of an administration whose principal concern is the widening of the prerogatives, the creation of jobs and budgets.

To feed their social business, the social public agents needed a law “sure measure” and they obtained it. This law passed on March 5, 2007 makes it possible to multiply the missions of the social workers by hiding the cases of true ill­treatments in those of children “at risk” according to completely subjective criteria of a whole profession which criticizes the family institution and blames the very notion of rules and authority of the parents.

Are all the children in danger in their families ?

Facing the institution of family in its diversity, the french child protection service  has worked its way towards being an authority of standardisation which hunts down the over­protective parents, the single-parent families who ask for assistance, those who set up limits, those who practise home-schooling. The social workers lend an attentive ear to every parental conflict, brings up the wives against the husbands, the husbands against the wives and the children against their parents.

The french child protection service is an administration that benefits their civil servants and its associative network; it is in the business of destroying families, a business led by an authority without limits nor counterweight,  it never gives an account of its acts in front of justice.

If you believe we exaggerate, that there are only a few dysfunctions, be sure we also naively believed this before dealing with this steamroller system, in which the social workers live in perfect serenity to the multiplication of conflicts of interests.

Both judge and jury, the french child protection service makes social surveys without the least conscience of justice, sends social reports which tell the court what us to be decided. The contradictory and equality principles don’t exist in facts, the parents only have the right to acknowledge the mistakes they are accused of and which are only too often calumnies. Facing the social business, legal channels were followed without success. The children exit the system one day, broken, and with justice never obtained for libelous denunciations, doubtful expert testimonies, physical and psychological abuse undergone in host families. The prosecutors archive the complaints of the families, the ethical authorities like the defender of the children’s rights ­mock the families. The social workers threaten to take the children back, the judges imply mental pathologies which remove the parents from any family life.

This situation is not a totalitarian nightmare, it is reality for hundreds of thousands of families in France in 2015.

What we can do

In the name of the families, victims, and for those which could become so, we ask that those who have faulted within their mission of public service be finally judged. Our concrete proposals for child protection, as they appear in our report  have already been submitted to all the decision makers, we then expect actions, not promises.